AS TECHNOLOGY progresses, at what point will the distinctions between machines and humans become blurred? Can poetry still be a voice or rage and reason against oppression and discrimination? And Irish literature, what lies behind its recent renaissance?

These are the questions, themes, issues, and ideas which lie behind the 34th Cúirt International Festival of Literature, and while the full programme is announced tomorrow, the Galway Advertiser can reveal some of the writers coming to Galway from Monday April 8 to Sunday 14. 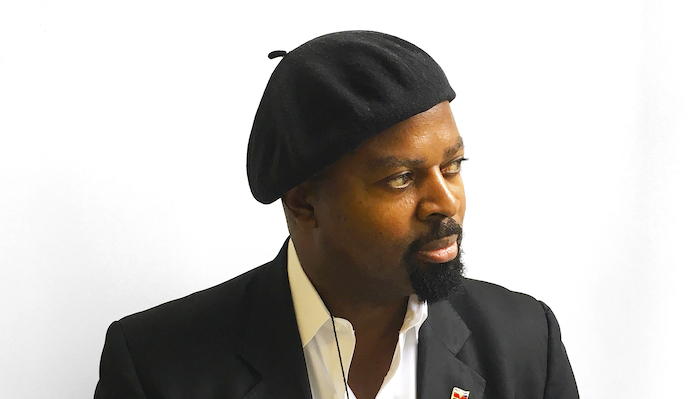 The 2019 festival is the second to be programmed by the poet, musician, and academic Emily Cullen. “I feel really well positioned going into my second year,” she tells me during our Tuesday morning interview. “Programming the first festival was immensely enjoyable, thrilling, eye-opening, a privilege as well, and a fair bit of hard work. It was a learning curve, getting into the tempo of programming a literary festival.”

Two main themes will dominate Cúirt 2019 - ‘Humanity as Technology’ and ‘Literature of Witness’. The first centres on technology, data, the internet, and transhumanism - the movement which seeks to use and develop technologies in order to enhance human intellect and physiology, and which is the subject of Irish author, Mark O’Connell’s acclaimed, To Be A Machine. 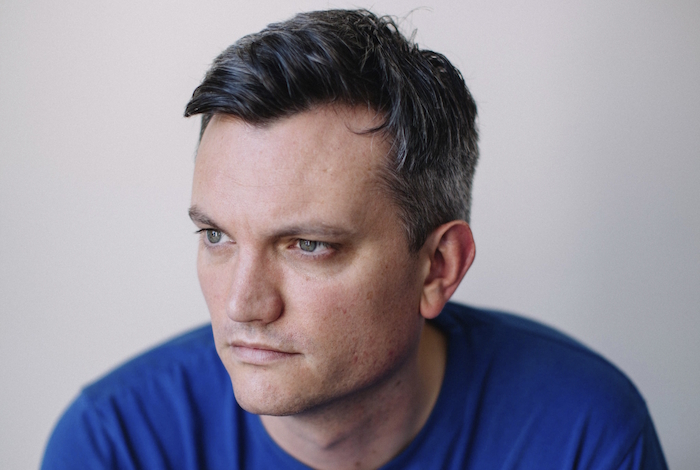 “I’m looking forward to Mark [pictured above] being at Cúirt,” says Emily. “To Be A Machine is a fascinating investigation of the human desire to extend our lives using technology, and he has interviewed people who are seeking to become half android, or who are inserting electronic chips in their bodies. Linked with that are other writers coming to Cúirt like Joshua Cohen. His The Book Of Numbers has been referred to as the great book of the internet age, where he grapples with language and how it is affected by technology and the internet.

"Then there is Will Eaves who has written a very ambitious novel called Murmur, which was shortlisted for the 2018 Goldsmith Prize. It’s about Alan Turing. It’s about trying to get inside his brain, so is written in an interior kind of language. It’s a daring experiment in trying to mimic our consciousness.”

In contrast to ‘Humanity as Technology’s blurred lines between science fact and science fiction, ‘Literature of Witness’ will confront issues that impinge on life in the here and now. Chief among this will be Palestinian poet Rafeef Ziadah and African-American poet Patricia Smith in the Town Hall Theatre on April 12.

“Rafeef is a well known international activist, spoken word poet, and advocate for the Palestinian people,” says Emily. “She embodies the ‘Literature of Witness’ idea. She is writing about what her people are experiencing in Palestine, and these are very real experiences. She doesn’t pull any punches. It’s powerful to hear her in action. She has a poem, ‘Shades Of Anger’ where she says ‘I’m an Arab and we come in all shades of anger.' There is energy and vision there, and vitality, and very affecting.

“Like Rafeef, Patricia Smith doesn’t mince her words. She is writing about race in America; the black male body, and the violence perpetrated against it, is one of the prominent themes of her latest collection, Incendiary Art, which has won numerous awards already in the States, and is being published here in by Bloodaxe in the spring. She is a very urgent voice we need to hear right now. I think the combination of her and Rafeef will be very compelling and memorable.” 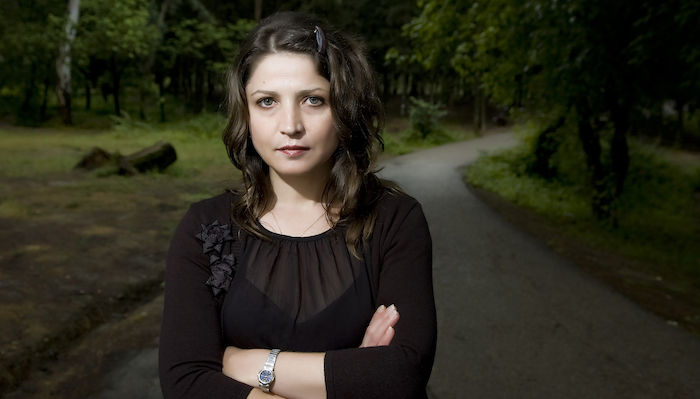 This strand will also see the reunion of two old friends, both Albanian, both poets, one of whom lives in Galway. “‘Literature of Witness’ comes from ‘poetry of witness’, a term popularised by the American human rights advocate and poet, Carolyn Forché,” Emily explains. “That term has always stuck with me and it led me to invite Luljeta Lleshanaku [pictured above], a very exciting pioneer in Albanian poetry, very much to the fore of the post-totalitarian generation of Albanian poets, who, almost overnight had complete freedom to write whatever they liked after the Communist dictatorship collapsed in 1990.”

Emily got in touch with the Galway based Albanian poet Ndrek Gjini, a co-founder of The Galway Review, to enquire further about Lleshanaku. “I asked if, by any chance, he knew her, and he said ‘I’ve known her and her husband for about 30 years’, so I thought, why don’t they share a stage together? They’re looking forward to being re-united in Galway, and talking poetry and Albanian culture.”

A renaissance in Irish writing

Ireland has never failed to produce writers of the highest quality, one need only say Wilde, Shaw, Beckett, Yeats, and Joyce, but recent years has produced the most exciting new generation of voices in years - Donal Ryan, Sarah Baume, Danny Denton, Elaine Feeney, Kevin Barry, Julian Gough, Clare-Louise Bennett, to name but a few - who have challenged the very notion of what Irish literature is meant to be about and the subjects it is expected to deal with. 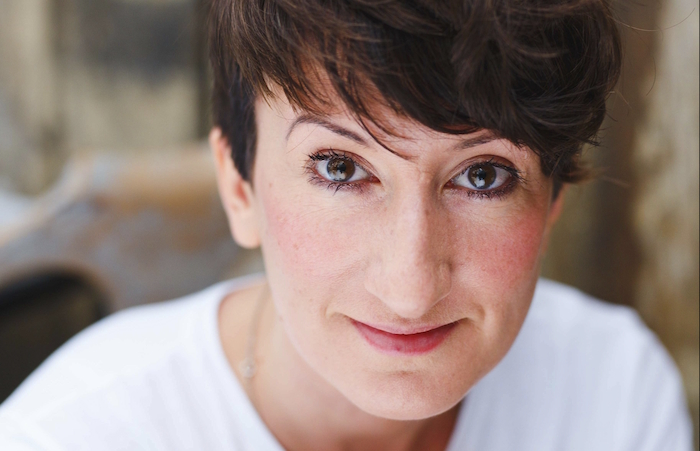 “People are talking about a renaissance in Irish writing and publishing,” says Emily. “It’s not an exaggeration to talk about an explosion of young voices with an international perspective, who are looking beyond the provincialism that was seen as de rigueur for a long time, that this was the mould an Irish writer had to conform to. They are bypassing it. They have a sense of that history, but they are looking beyond that to be more ambitious and daring.”

A number of new Irish publishers have been instrumental in this renaissance, including Tramp Press, whose co-founder, Sarah Davis-Goff [pictured above], is coming back to Cúirt, but this time as an author. She will be reading from her debut novel, Last Ones Left Alive, set in an Ireland stalked by zombie-like creatures known as Skrakes.

“Sarah is part of a new wave of younger writers engaging imaginatively with alternative, dystopian visions of Ireland,” says Emily. “She will be reading with Sue Rainsford whose book, Follow Me To Ground, weaves in a strongly supernatural element, and Galway's own Aoibheann McCann, whose debut novel, Marina, came out last year.”

A Galwegian at the UN 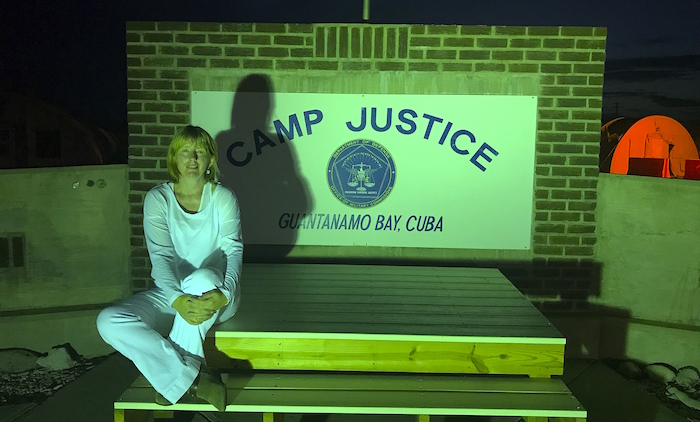 This year’s Cúirt will also focus on the essay, which Emily notes is “becoming a space for Irish writers to engage with all kinds of personal questions about the body and gender, it seems to be a very enabling form”. A highlight of this will be the Cúírt keynote address, ‘Human Rights in the Age of Terrorism: Perspectives and Reflections’, to be given by Prof Fionnuala Ní Aoláin [pictured above], the United Nations Special Rapporteur on the Promotion and Protection of Human Rights while Countering Terrorism.

“Fionnuala is from Furbo and we should all be very proud of her,” says Emily. “If it wasn’t for the Galway Advertiser I would not have discovered her. I read about her there, and thought, ‘Interesting woman, I’d love to have her speak at Cúirt some day’. Eventually I contacted her and she replied saying her family had always attended Cúirt and she’d be delighted to take part.”

An important event for writers will be an event involving Neil Belton, commissioning editor with Head Of Zeus, Declan Meade, of The Stinging Fly, and a representitive from Penguin Ireland. “Writers want to know what is going on in the heads of people like Neil,” says Emily, “about what publishers look for, about submitting manuscripts and how to avoid the pitfalls writers make when submitting.”

Cúirt will be launched at 6pm tomorrow [Friday March 8] in the Nuns Island Theatre. For more information see www.cuirt.ie