Extinction Rebellion, a mock funeral for the "death of our earth as we know it" will take place this weekend through the streets of Galway city and Salthill to highlight the issue of climate change.

Organised by the Climate Emergency group, the protest takes place on Sunday, starting at 2pm, beginning at Salthill carpark before proceeding past Christ The King Church, Ward's Hotel, then going along Fr Griffin Road, past the fire station, Jurys, then up Quay Street, and Shop Street, before finishing in Eyre Square.

The march will be family friendly, and the organisers have said: "Bring your buggies, your bikes, your whistles and bodhráns, but above all, bring your kids. This is for them and they will remember you for it." As the march will be a mock funeral procession, participants are being encouraged to wear black. 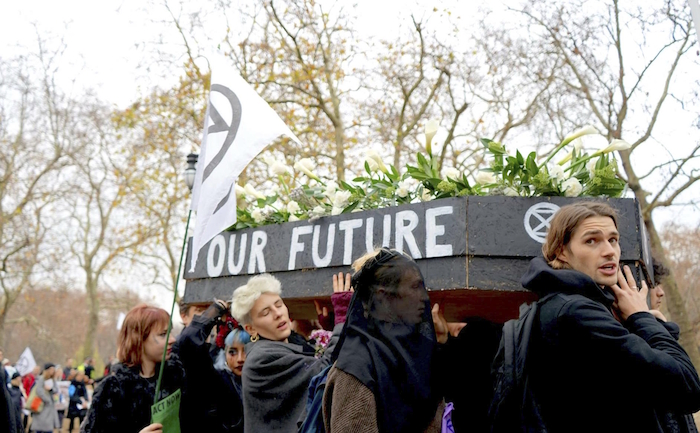 People Before Profit Galway is encouraging the public to attend the march. The party will hold an information stall on Shop Street this Saturday from 12 noon to 3pm, advertising the protest and asking people to sign a petition calling on the Galway City Council to declare a climate emergency.

“Extinction Rebellion is an international social movement that aims to drive radical change, through nonviolent resistance, in order to avert climate breakdown, halt biodiversity loss, and minimise the risk of human extinction and ecological collapse," said PBP Galway City Central candidate Joe Loughnane. "Galway can lead the way in the fight against climate change, but the lack of consultation and poor planning decisions by the current city council is seeing our green spaces under threat."