BASED ON the James Baldwin novel, If Beale Street Could Talk is director Barry Jenkins follow up to 2017 Oscar winner Moonlight. It was surprising to see him adapting a book considering his screenplay for Moonlight was so well received, but after seeing this film I can see why he chose this text.

Tish (Kiki Layne ) and Fonny (Stephen James ) have known each other their whole lives. When they transition into an intimate relationship Tish falls pregnant at 19 the odds sare tacked against them. They are a young black couple in New York in the 1970s so life is not easy easy. They manage to get a place to live but after an encounter with a racist police officer, Fonny is falsely arrested and put on trail for rape.

It is so good to be back in Barry Jenkins' world. It is amazing that, in only three films, he has developed such a personal style. The scene where Tish is telling her mother about her pregnancy is a masterclass in visual storytelling - one word “mama”, and a look while she is sitting down, results in a twitch of comprehension of Tish’s mother Sharon (Regina King ) who is not even looking in Tish’s direction. Jenkins does not need teary declarations or emotional speeches. He understands how families communicate.

King gives a wonderful performance and is the favourite to win supporting actress at the Oscars. Another absolute powerhouse performance is from Brian Tyree as Fonny’s friend Henry. A scene where they are drinking and he recounts his time in prison is haunting. 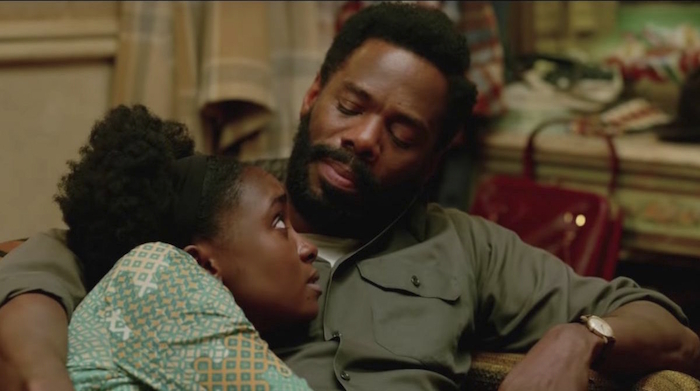 The easy option for a film about a black couple in New York in the 1970s is to go with time appropriate pop music but it would do the dream like world Jenkins creates a disservice. Instead it is all tied together with Nicholas Britell's haunting and beautiful score.

Even with all the snubs at the Oscars this year, Jenkins not being nominated for best director feels the most egregious. He is flexing his muscles here on this film. His command of his craft, especially for someone so young (only 39 ) is striking. The pacing at first feels a little off but towards the end you realise he had complete control the whole time.

The film is essentially memories and dreams from Tish’s life. I went back to see this movie again a few days later and not only did I enjoy it more, I found it more emotionally effecting. A lot is made of the current golden age of TV. Films like this prove, to me anyway, that TV and film are maybe speaking the same language. However this is a film to be seen in the cinema. In Jenkins we’re seeing the emergence of a new supreme talent.