IT IS 2029 and Ireland is in the midst of an economic boom. The one and only Ross O’Carroll-Kelly is about to turn 50 – and life could not be better. His wife, Sorcha, is Taoiseach; his sons are the backbone of the Castlerock College Junior Cup team; and he still does allright with the ladies and as managing director of Hook, Lyon and Sinker estate agents.

This is Postcards From The Ledge, which comes to the Town Hall Theatre next week, with Rory Nolan as Ross O’Carroll-Kelly. This is the fourth show in which Rory has ‘togged out’ as Ross, and ahead of the Galway visit, he shared his observations on this iconic character who is coming west for the first time. I began by asking Rory if he was a fan of Paul Howard’s comic creation prior to playing Ross onstage.

“My formative years, when leaving school and going to UCD, were the first years of Ross as well, so we are kind of the same age,” he replies. “I remember my brother giving me the book Roight Here Roight Now and we both laughed our heads off at it. We were from south county Dublin, we went to a rugby playing school although we came from a very different world from the privilege and money that Ross did, but we identified very well with the world of it.

"So I was familiar with the column and the books and I thought they were very funny. Then I became an actor and, in 2007, got a phone call from my agent saying Landmark’s producer, Anne Clarke, was putting together a show about Ross O’Carroll-Kelly and she wanted to see me for it. I went into the audition and I remember thinking I’d really have to make a balls of it not to get the part, because it felt right, and I felt I had a good handle on the character, and the comedy of it, and the rest, as they say, is history. I’ve been playing Ross on and off for 12 years now."

Rory clearly relishes the role of Ross: “It is wonderful being able to come back to a character like Ross who has a ready-made audience and lives in the hearts and minds of hundreds and thousands of people. To be able to get on the stage in front of a thousand people a night, and have waves of laughter and hear people enjoying themselves and being entertained by the world that Paul Howard has created is a great privilege. 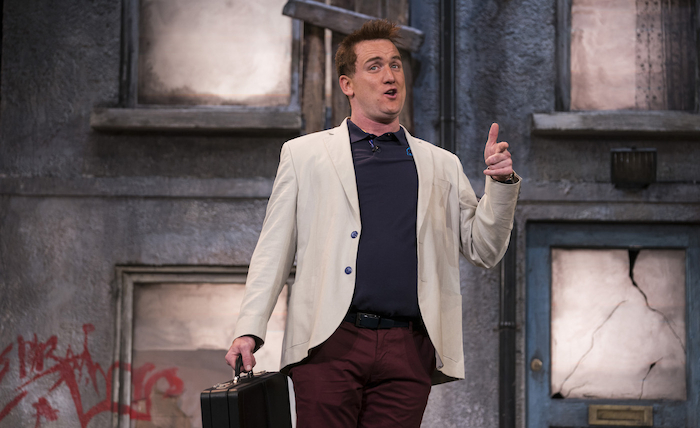 "I’m really proud of the shows and of Postcards From The Ledge; I think it works very well not just as a great comedy but as a great play. It has all the elements that make a great play. The thing about Ross, and about playing Ross, is that if he was just a one-dimensional character none of it would work. There is a lot more heart to the character and a lot more depth than people give him credit for, and that’s one of the things people are always pleasantly shocked by when they come to the show.”

'The whole rugby connection at the moment, where the Irish provinces are doing so well, and rugby is our best international sport, that has helped the Ross phenomenon'

How would Rory explain the appeal of Ross? “People love to hate him and hate to love him and yet he has become this weird national phenomenon,” he observes. “Everyone knows a type like Ross, or they can identify with him or with the other characters in the story. The reason for that is, whether people like it or not, there is a part of Ross that is an intrinsic part of everyone in this country. We enjoy laughing at this privileged silver-spoon rugby jock but he actually points at all of us. We all find a bit of ourselves and our own Irishness regardless of where we are from in the character and in the world that Paul has created.” 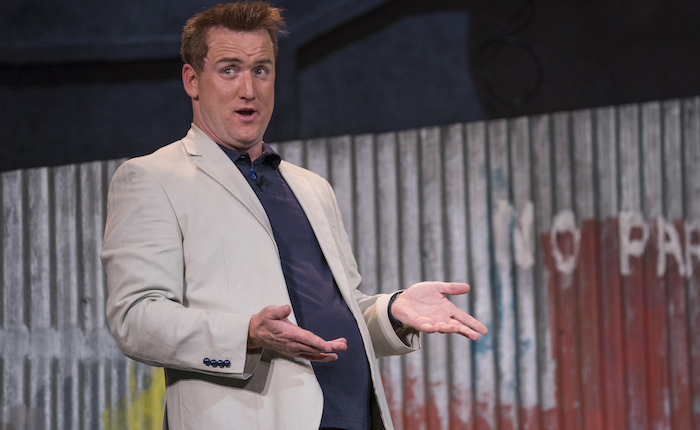 Rory expands on the main themes in Postcards From The Ledge. “Ross is turning 50 and his daughter is marrying a man that he can’t abide and he is having a bit of a nervous breakdown. He is also in Sallynoggin at a run-down derelict house he is trying to sell. It transpires it is the house he grew up in as a child so there is the convergence of many different worlds on a very big day for Ross and it is hilarious.

'I am really excited to bring Ross down because of my connections with the Galway. We finish the show there and I will be back the following Monday to start rehearsals with Druid on Furniture'

People see his dilemma and his trauma and his successes and, weirdly, they see them all through his own eyes. Of course the whole rugby connection at the moment where the Irish provinces are doing so well, and rugby is our best international sport, has seen an explosion of interest in it in the last few years and that has helped the Ross phenomenon.” 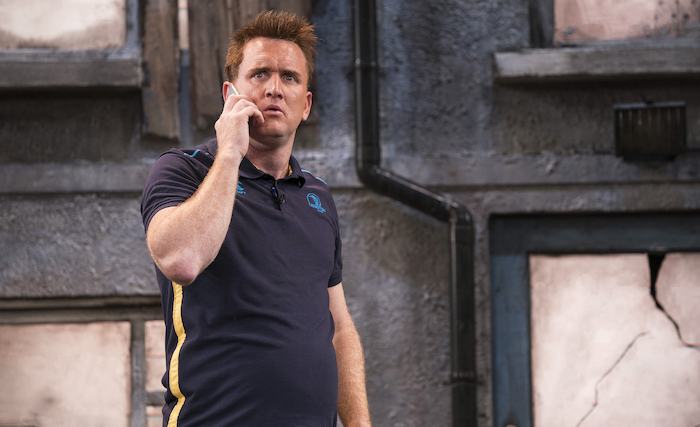 Unlike the previous plays in the series, Postcards From The Ledge is a one-man show. “I was nervous about it when the idea was first mooted,” Rory admits. “Ross has always been a method for all the characters to interact, and seeing them all onstage it’s like you know them. Like Ronan, his illegitimate son from a cultural exchange programme to the north side when Ross was at school; Sorcha his wife; his daughter Honor is a nightmare; his father Charles is a corrupt politician cum property developer. The characters are all fantastic and are very much part of the world of the story.

"When the idea of this being a one-man show was first mentioned I wondered was it going to work. Then I read the script for the first time on the bus as I was heading into another job and I ‘nose-blurted’ is the only way I can describe it; I cracked up laughing. The style of it and the precision of the comedy and the timing that Paul has written into it is remarkable so once I read the script I knew we’d be grand.”

Galway has a special place in Rory Nolan’s career as he made his professional debut in Tom Murphy’s The Drunkard at the 2003 Galway Arts Festival and he is also a member of the Druid Ensemble. So is he particularly looking forward to bringing Ross O’Carroll-Kelly to Galway for the first time?

“I can’t wait to do it there,” he enthuses. “Galway is my home from home. I live in Wicklow but if I am not working in Dublin or touring I am usually in Galway. I have been down every year for a good spell of time for the last 16 years so I know it well. I am really excited to bring Ross down because of my connections with the place. We finish the show there on February 28 and I will be back the following Monday to start rehearsals with Druid on Furniture. I’m looking forward to people coming to see Postcards From The Ledge and having a good night.”