The board of Galway Hospice is to take time to review the decision of An Bord Pleanala to overturn its planning permission for the development of a new 36-bed hospice at Merlin Park, and may if necessary look at an alternative site for the facility.

The board and supporters are still reeling from the refusal, saying that it had spent spent almost 10 years looking for a suitable site for the new hospice before securing planning permission from the City Council for the site at Merlin Park.

In a statement to the Advertiser, it said that the site at Merlin Park was an ideal location for the development of a new hospice as while it was on the hospital grounds it was situated away from the main hospital campus.

Speaking about An Bord Pleanala’s decision, Chief Executive of the Galway Hospice Foundation Mary Nash said the hospice would continue with its plans for a new hospice to ensure it is there to provide first class palliative care services and support to patients and their families at a very vulnerable time in their lives.’

“The location would have allowed for ease in transferring vulnerable hospice patients who are receiving treatment and for other support services for the hospice including Xrays, scans, blood testing, analysis and pharmacy support services. The location has plenty of green space and provided the correct environment for people staying at or visiting a hospice which is extremely important and encourages well-being,” she said. 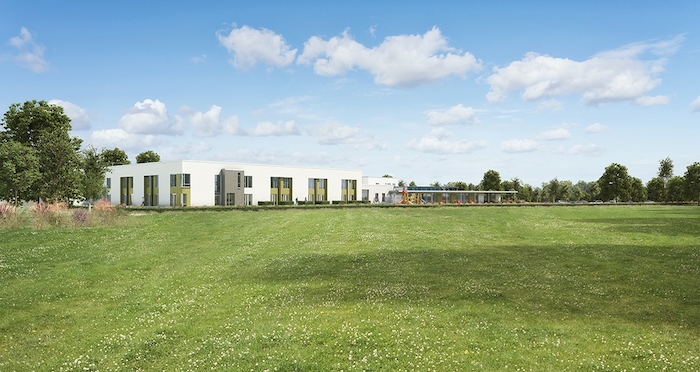 The demand for hospice services has increased significantly in recent years, in both the in-patient and home-care services and this demand is expected to continue to increase for the foreseeable future. The new hospice at Merlin Park was intended to allow for the treatment of a larger volume of patients, providing them with the highest standard of care in the time when they need it most. The current hospice site at Renmore is no longer capable of meeting current and projected future demands for palliative care services.

“The hospice board will now take time to review An Bords Pleanala’s decision and is committed to, if necessary, sourcing an alternative site to ensure that the vital services that the hospice provides are available to the people of Galway when they need them,” they said last evening.

In an article written for this newspaper, Cllr Michael Crowe criticised the decision, saying the refusal of this project is a dark day for Galway. “It has set care for terminally ill people and their families back by years. I appreciate and respect that habitats, biodiversity, et al, play a role in all of our lives. But it should not dictate where we can develop necessary and much needed healthcare facilities such as a hospice.

'Contrary to rumours the hospice was offered a number of sites, the HSE West offered only one site as a home for the hospice'

In a separate article also contained inside, Caroline Stanley of the Friends of Merlin Wood said that it was never a case of being against the hospice, but against the location. “It has never been a campaign against the hospice. It has always been about the chosen location. With the availability of 84 acres and Freedom of Information documentation submitted to An Bord Pleanala showing explicitly that other options were offered to Galway Hospice within Merlin Park Hospital Complex from the HSE, it is felt that a better location could have been found which would have enabled community to work together as opposed to create division,” she said.

Cllr Terry O’ Flaherty stated that the Galway Hospice did not get an opportunity to choose which site it wanted to build the new facility on within the grounds of Merlin Park. “Contrary to rumours that the hospice was offered a number of sites, I can confirm that the HSE West offered only one site as a home for the hospice.”

As a member of the HSE West Forum, Cllr O’Flaherty tabled a question for the agenda of its February 2017 meeting. She said the response she received from Tony Canavan, the HSE West’s chief officer for community services in Galway, Mayo, and Roscommon, confirmed that the hospice was not offered “a list of sites to choose from”.