"THREE CHEEKY, loud mouthed, girls from Derry" is how CHERYM, the brilliant young garage/punk band, describe themselves. Brim full with attitude and pop hooks with a tough edge, they are set to release a new single and play Galway.

The trio play a 'post single launch party' in the upstairs bar of the Róisín Dubh on Thursday February 7 at 9pm. They are currently on a six date Irish tour, promoting their new single, 'Super Queens'. Also playing that night are one of the Galway's leading bands, the garage-rock/indie-pop quartet, Dott, and psychedelic rockers Velvet Orchid.

Cherym - Hannah Richardson (lead guitar/lead vocals ), Nyree Porter (bass/vocals ), Alannagh Doherty (drums/vocals ) - released their debut EP, Mouthbreatherz, in April 2018, and shortly after were nominated at the NI Music Prize for Best Single for 'Take It Back' and Oh Yeah Contender for contribution to Northern Irish music.

They have enjoyed airplay from BBC Radio Ulster, Radio 1, BBC 6music, Philly Taggart, and Tom Robinson; were invited to perform at the BBC Introducing Live Broadcast; have supported Canadian punk Legends D.O.A and Antrim's …And So I Watch You From Afar. 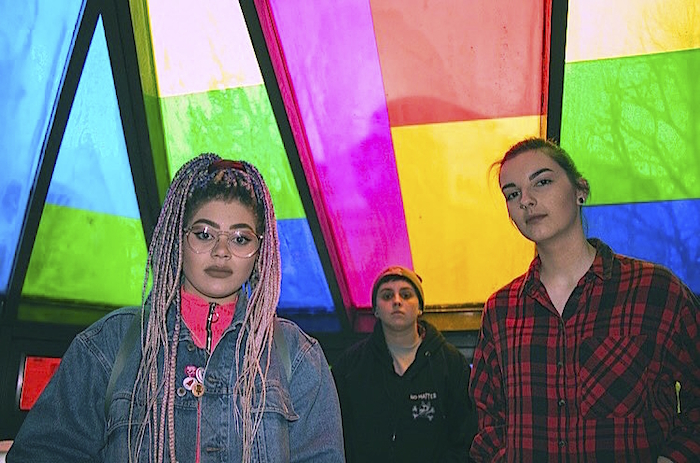 Cherym's previous appearance in Galway was supporting Dott last year. "That gig was one of the highlights of our year so we're hoping this one is gonna go down just as well if not better," says Hannah. "We are looking forward to getting back on the road and playing some new tunes for awesome people."