THAT BEAUTIFUL Boy stars Timothee Chalamet means no one can accuse the title of false advertising. Chalamet plays Nic Sheff, a young boy who seems to have it all. He gets into every college he applies to, has a great relationship with his family, and seems kind and polite.

However he harbours a secret addiction to heavy drugs. His father David (Steve Carell ), struggles to comprehend his son's addiction. David uses his journalistic abilities to research addiction and try to help his son through his difficulties. It is a long, harrowing, journey. The screenplay is based on two separate memoirs - Tweak: Growing Up On Methamphetamines written by Nic Sheff, and Beautiful Boy by his father David. It is a great idea to get both sides of the story, and even though we jump back and forward in time, and from perspectives, the story remains clear.

Chalamet steals the show with an incredibly charming and sad performance. We see him talking friends and family into lending him money and giving him a place to shoot up and its all very believable. It is a juicy role but he still underplays it. A scene where he meets his father in a cafe is devastating - and all on Chalamet. Carell, though, is a disappointment. After The Office I had high hopes for him to succeed as a dramatic actor but it has not happened yet. Here he is little more than one note, and is not helped by a badly written script. 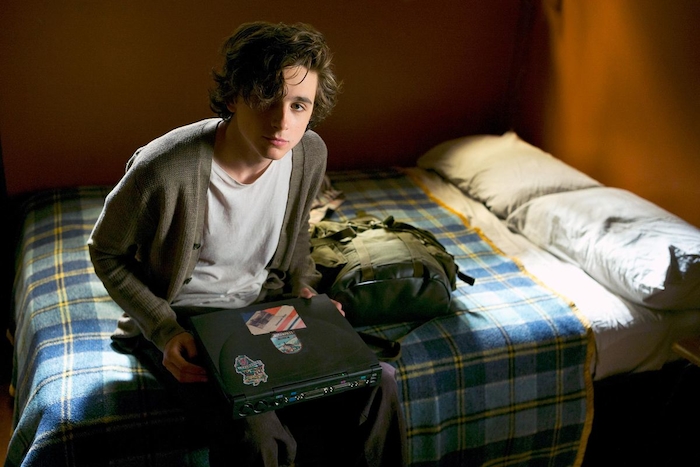 I would also have liked the film to lean more on the female characters, especially as Beautiful Boy features Maura Tierney and Amy Ryan playing Nic’s step-mother and biological mother. They are barely used. We almost never get to hear their perspective on things bar a few one sided phone calls.

A real pet peeve of mine (maybe it will not bother you as much ) is when a movie has a really 'on the nose' music cue. One scene with Nick as a charming young boy, his father looking on lovingly, and we get a dose of Neil Young's 'Heart of Gold'. Another time we get 'Sunrise Sunset' during a montage of Nic’s days and nights on the streets. For me it just takes me out of the film entirely and I just roll my eyes.

There is an interesting story in here, and if told from a more nuanced point of view it would have been more worthwhile, but overall it feels like a TV movie film with big stars.