ONE OF my New Years resolutions is to rein in the hyperbole. The world today is in an awful state, so blindly claiming everything is either the worst or the best ever is not good for us. I’m as guilty as anyone, just last week I claimed to have had the best pint of Guinness in my life several times.

That said, Roma, a Netflix production, which has also had a limited cinema release, is the best film I’ve seen this decade. It might be the best film I have ever seen. While I would never declare Alfonso Cuaron as my favourite director, he has, for two decades in a row, directed my favourite film of that 10 year span (the incredible Children Of Men from 2006 is my pick from the 2000s ).

Roma and Children Of Men are two films with more in common than you might think on first watch. Set in Mexico City in 1971 - an ominous year if you know your history - we follow Cleo for one year of her life. She is the maid to a middle class family in the Mexican City suburb of Roma. She, like her country, has a tumultuous year.

However, this is not just a kitchen sink, slice of life, Ken Loach type, film - and I say this as a big fan of Ken Loach - it is so much more. I would love to pick one scene that affected me the most but without noticing so many crept into my subconscious. I have spent the last week reliving Cleo being told she is pregnant, the mother telling their children about her impending divorce, and most of all the incredible final scene in the surf of a giant wave. Those, along with several others, have me reaching the Netflix button on my remote again and again. 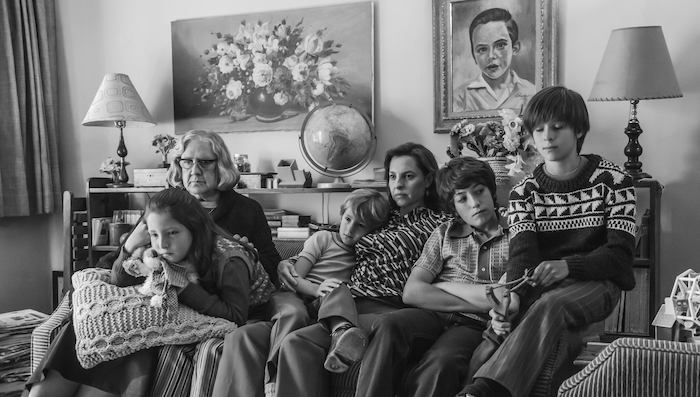 The list of events the film covers sounds like a soap opera but the humanity and authenticity Cuaron manages to pull from his actors, along with his own technical brilliance, make this the work of art it is. Cuaron's mastery of the craft of film making shown here puts him as surely the front runner for Best Director in the Oscars next month.

I cannot imagine how impossibly hard this film was to stage - no CG; so many of long, slow, takes; thousands of extras. One scene moves from a busy furniture store to a riot outside, and back to a heartbreaking event in the store, all with no cut or edit. It is brutally mesmerising. It has scenes of such immense tension, I was on the edge of my seat more here than any action movie I have seen in the last few years.

My emotional connection to the children and to Cleo is something I have never experienced in a story so short. I loved this movie. You cannot watch a film for the first time more than once. What a shame.