ONE FATEFUL evening, 40 years ago, in the tiny kitchen of Renmore’s School Hall, the local curate, Seán O’Malley, suggested to some of his fellow badminton players that Renmore should produce a pantomime.

His idea was swiftly accepted and Renmore resident Joe McCarthy, who had produced successful CIE Tops Of The Town shows, was recruited to produce and direct the very first Renmore Panto, Goody Two Shoes. Forty years later, the Renmore Panto is a highpoint of Galway’s Christmas season and this year’s production, Sleeping Beauty, is all set to pack out the Town Hall for its 21 performances from December 29 to January 13.

Many people have come and gone throughout Renmore Panto’s long history – some 2,000 in all – but Joe McCarthy is still an integral part of the show. These days he is no longer the director (the Power twins have helmed the production since 1994 ) but Joe features as the Panto’s colourful and ebullient MC. As Renmore Panto prepares to celebrate its 40th anniversary, Joe shared his memories of some of the many highlights down the years. I began by asking him about his pre-Renmore days. 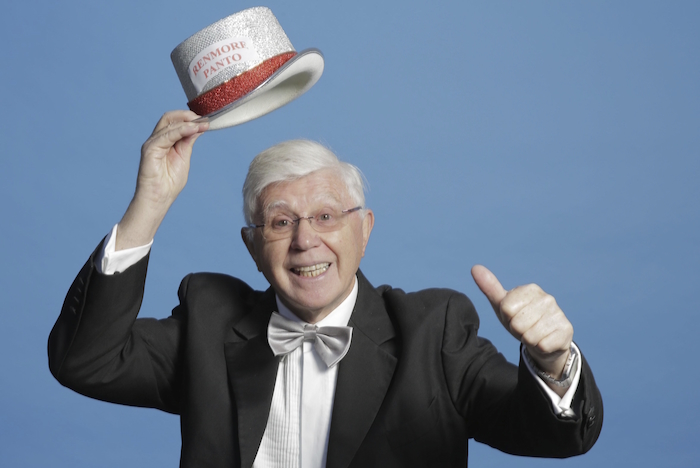 “I’m from Cork originally where I remember being brought to see pantos at the Cork Opera House as a child,” he replies. “I came to Galway in 1963 to work for CIE. I did Tops Of The Town shows with them from 1966 to 1979 and in 1976 we introduced the Power twins at one of them – their father worked with CIE.”

Joe recalls the first Renmore Panto, Goody Two Shoes. “That went extremely well, we sold out the run in the Jes and had to add extra performances," he says. "It was very much a community pantomime so everyone got in on the act. We had some young musicians nearby who’d formed a band - Paul Gaughan, Mike Arrigan, and Bernard Shapiro, who called themselves The Elastic Band. They were my neighbours so I got them on board. Then we had Triona Glynn who was a very accomplished pianist. We harnessed a lot of local talent. People helped out and got involved who weren’t necessarily theatrical people, they were community people, and I think that makes a huge difference, particularly nowadays where we still have that residue of community support.”

Soon, the Jesuit Hall could no longer cater for the crowds and the bold decision was taken to move to Leisureland in 1982, with Old King Cole. “I had to do a lot of persuading to get the team to move,” Joe admits with a laugh. “They were thinking ‘Oh gosh, this is out of our league’ but as it turned out it was a very successful move. We packed in the audiences, almost 2,000 people for some matinees. Children were all over the place, even crawling up into the orchestral pit. At times we exceeded capacity in a way that wouldn’t be allowed today!” 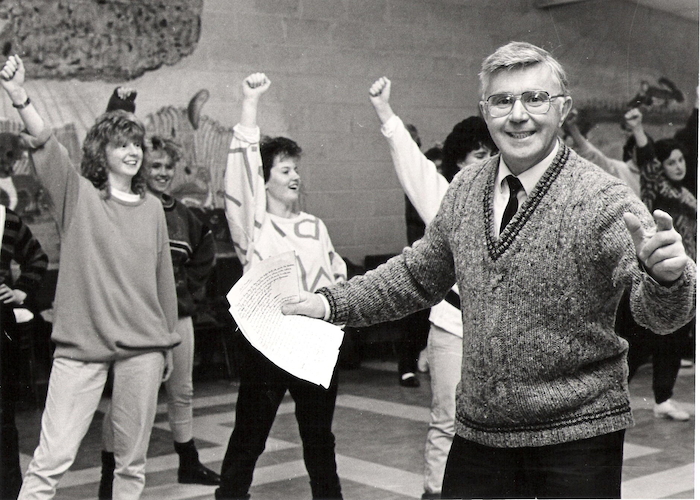 In 1993, Leisureland was closed for renovation and, for the only time since its inception, there was no Renmore Panto (a nugget of history that would make a good question for a Galway history table quiz ). Joe decided it was a good time to hand over the directorial reins. “It was the chance for me to step back and Brian and Sean Power took over then. I figured I’d done enough. I’m still very busy with it though doing the MC, which I enjoy.”

While Joe acknowledges that Leisureland served Renmore Panto well, the show made another telling move in 1996, staging Robin Hood and the Babes in the Wood in the Town Hall Theatre, which has remained the venue for the show ever since. “That was a great move,” he declares. “Technically the Town Hall was better; it was the first time we had fly-ins for instance. It’s great doing the show in a purpose-built theatre.”

'The whole thing was a passion that took us over from September to Christmas. Every year somebody would say, ‘Oh have we enough of it, will we pack it in?’ then September would come and the switch was flicked and we’d be off again'

This year marks the fifth time Renmore Panto has staged Sleeping Beauty, having previously done it in 1985, 1995, 2004, and 2011. The 2004 staging was notable for seeing the debut as Dame of Peter Kennedy who has been a star of the show ever since. In 2006, with Robin Hood and Babes in the Wood, Kennedy also began scripting the panto and he has written every one since.

“We were very lucky with our Dames,” Joe recalls. “The first one we had was Gerry Ferguson and he was with us until 1992 and was a great stalwart. Then there was Tom Duggan after him. Peter has been a great Dame since he came in and it was another milestone when he began writing the pantos as well. Before that we were getting scripts from Dick Meany, in Carrick on Suir, who was involved in AIMS and wrote a lot of pantomimes.” 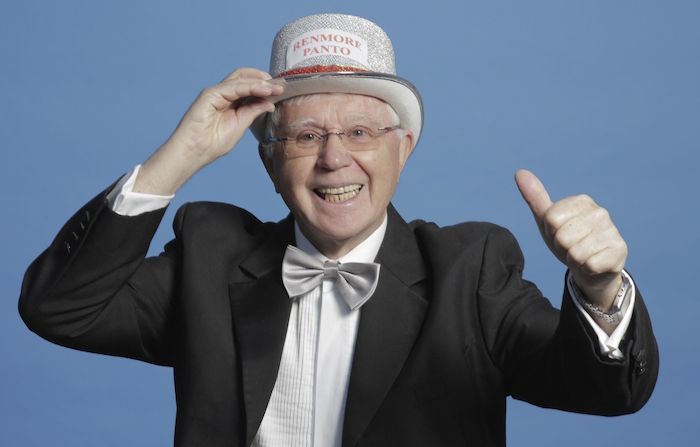 The panto has seen a number of its participants go on to fame elsewhere such as actors Cathy Belton, Nora-Jane Noone, and Clare Barrett who have all made a name on stage and screen. Other notable Renmore graduates include trumpeter Jimmy Higgins of The Stunning, singer Frank Naughton, and Keith Finnegan of Galway Bay FM.

It has been a long and colourful journey since that initial school hall get-together. “It started out as Renmore but has now spread far and wide,” Joe reflects. “When I see people enjoying themselves both onstage and in the audience that’s the reward for all the hard work. It was entirely amateur in the early days; costumes were made out of anything, sets were knocked together in the school hall – Len Wright did a lot of that. The whole thing was a passion that took us over from September to Christmas. Every year somebody would say, ‘Oh have we enough of it, will we pack it in?’ then September would come and the switch was flicked and we’d be off again. The adrenaline of it is amazing, particularly nowadays when we do a very long run. The energy and enthusiasm is wonderful medicine.” 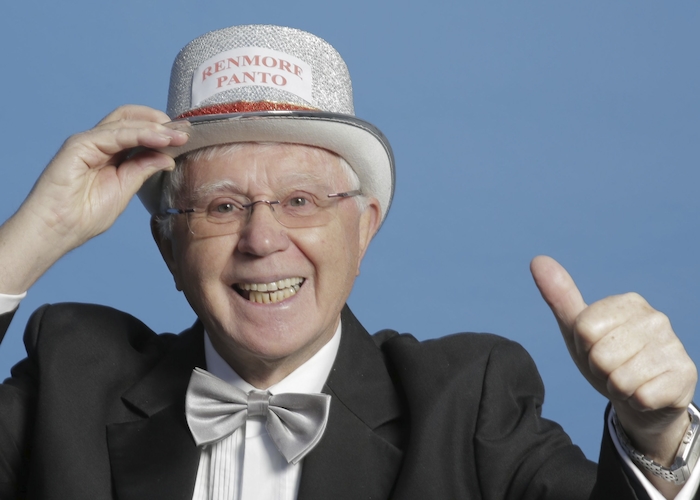 Joe wraps up by looking forward to this year’s spin on Sleeping Beauty. “Peter has pushed out the boat a little bit in this year’s version by adapting the fairytale to a different situation," he says. "He has zoned in on the fact that Ireland haven’t won the Eurovision in a while and he has Sleeping Beauty (played by Katie Feeney ) representing Ireland in the Eurovision. It’s going to be very interesting. We still have the traditional elements like her going to sleep, and the spinning wheel, and her waking up. The colour and spectacle of the show are as great as ever and the Dame plays a major role. And Declan Gardiner adds great spice to it also, as both choreographer and in the role of Prince Nicky. I think it will work very well.”