In November 1990, Ireland elected its first female president in Mary Robinson. That same year - but six months earlier - the Church of Ireland approved the ordination of women as priests and bishops.

Twenty-eight years later, the Rev Lynda Peilow has made Galway history by becoming the first female rector in the 700 year history of our city’s historic and iconic St Nicholas’ Collegiate Church. She is very aware of the honour, but does not want to be viewed exclusively in terms of gender. “I’m very privileged to be the rector, full stop,” she tells me as we sit in the St Nicholas’ sacristy on a Wednesday morning. “I’m ordained 21 years so for me it’s not an issue of gender, it’s about the person, but I know there’s quite a lot of excitement around my appointment because I’m a female priest.”

Her full title is Rector of the Church of Ireland Galway Group of Parishes, which also takes in Kilcummin in Oughterard, but the commutes between the city and Connemara will not daunt her. For the past 17 years she was Rector of Edenderry Union in her native County Offaly, where she had four parishes to cater for. 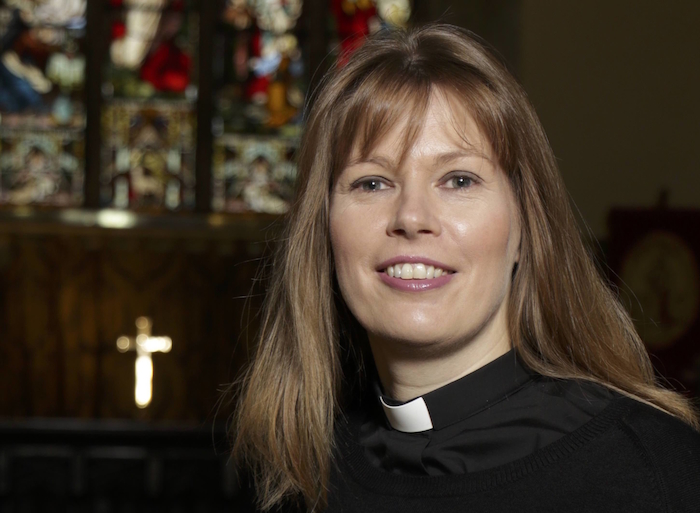 Indeed Rev Peilow is a very proud Offaly woman. “I would say I’m from the centre of the universe,” she laughs. “I’m from Geashill, a small, picturesque village, our local town would be Tullamore, about 10 minutes away. I’m the only girl in my family - I’ve four brothers, God love me! - so I came fourth, and I’m very blessed in the technique of ironing shirts and making dinners and peeling spuds for all the boys. But I had a great childhood and was very blessed with the family and area in grew up in.”

Rev Peilow describes that family life in Offaly as “Church of Ireland through and through”. Yet her later path towards ordination was in no way inevitable. While “we would have been encouraged to go to church, went to all the services, all the fundraisers, and went to the Church of Ireland school”, at the same time, her Christian faith was a part of her life, not its only focus. As she says: “I wasn’t overly immersed in religion.”

'Confidence is something we all struggle with, it’s part of our humanity, so I still wouldn’t describe myself by any means as ‘confident’, I’m just learning to do what I do confidently'

During adolescence though, something changed. “In my early teens I felt some kind of call, which really frightened me,” she admits. “Instead of going towards it I went ‘No’. My nickname was ‘Mouse’ because I was terribly shy and it was an issue. I suffered from lack of confidence in myself because I was so shy, so how could I be ordained, or teach, or preach, or speak to people?

“I remember one night thinking, for the peace of it, maybe I’ll go to a vocations weekend. I didn’t tell anybody except my parents, and when I was there, I never felt such peace. From there on in, with the peace I felt in answering the call and following the call, I felt steady, and knew this was what I wanted to do, so all my ambition went into then becoming ordained.”

Her time in theological college was transformative, not just spiritually and intellectually. It also saw her overcome that shyness and lack of confidence which initially held her back. “I got confidence with time, going from a child to a teenager to an adult,” she says, “and my training was blessed with the people I was with at the college. The more I sought ordination, the happier I became, and assured this was the right thing for me. In that I found confidence. Confidence is something we all struggle with, it’s part of our humanity, so I still wouldn’t describe myself by any means as ‘confident’, I’m just learning to do what I do confidently.” 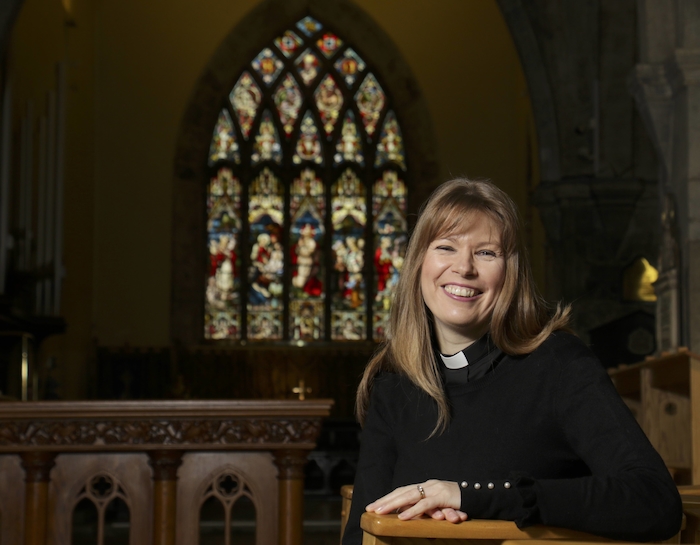 In the time since Mary Robinson became Uachtarán na hÉireann, and the Church of Ireland appointed its first female ministers, Ireland has been utterly transformed - a transformation symbolised by the marriage equality referendum of 2015; the repeal of the Eighth Amendment in May, and last month’s vote to remove the offence of blasphemy from the Constitution.

While the victories in these campaigns hve dealt a massive blow to the Roman Catholic Church in Ireland, not so the Church of Ireland. It is worth noting the CofI supported a Yes vote in the Blasphemy referendum; urged members to vote according to their individual conscience on equal marriage, with a number of leading figures, such as Archdeacon Gordon Linney advocating Yes; and also asked parishioners “to think through the issues involved carefully and with prayer” in the abortion referendum.

Perhaps this is why Rev Peilow questions describing the increasingly secular Republic of Ireland as also being a post-Christian society. It is also to do with her focus on the personal experience of religion, faith as a living thing, and the individual’s relationship to God. “I’m not sure about the term of Post-Christian Ireland. From my point of view, as a priest, there is a need for clergy,” she says. “In St Nicholas’, there are so many people still coming here on the Sunday morning, and during the week, to seek out God, to have quite time with God, or to participate in worship.

'I would still see the need to draw alongside people, to assure them, in the name of God, that they are loved and cared for, that they have a role, a part, a purpose in life, and that they are precious'

“As a priest I’ve always been incredibly busy, which would also signify that people have needs. The needs might have changed, the outlook towards Christianity might have changed, but certainly to have a true and living faith is a decision people make. A lot of people are still in that decision making mode, and a lot of people who experience a crisis in their life, one of the first places they turn to is the church.”

Rev Peilow outlines the role she sees herself playing in helping people on their faith journey. “I would still see the need to draw alongside people, to assure them, in the name of God, that they are loved and cared for, that they have a role, a part, a purpose in life, and that they are precious,” she says. “I would see that as the role of the priest, and also in celebrating the sacraments and in baptising, and celebrating the Eucharist. They are the most wonderful privileges.”

Rev Peilow believes it is important to see beyond numbers and any kind of “getting bums on pews” box ticking. “You have to lead by example,” she says. “You show people they are loved and cared for, there is a relevance and you make Christ relevant in their lives. That is sometimes very easy, at other times it is very difficult, but you have to remember that people who are coming to church, or who want to belong, are made feel welcome and that they are made feel that they belong - and it’s not all my job. God is very active in there as well. 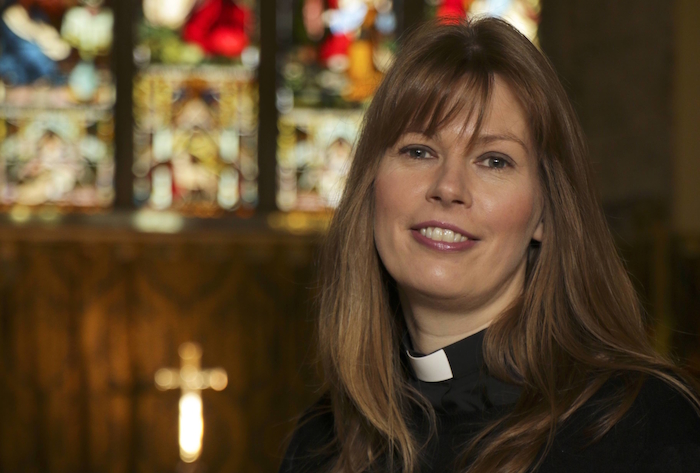 “To have a true and living faith is a wonderful and exciting thing. There are a lot of people who have that faith, they just don’t know how to maybe publicly profess it or practise it. There is a great saying that ‘ministry is presence’. You want to be present with people, to be approachable. I would like to make God very relevant in this day, and help people see that God is someone who came among us, not someone who led from far off, and therein lies the excitement of Christmas, and the Birth - that God chose to be among us.”

Regarding Galway, Rev Peilow says she, her husband Clive, and their children, Chloe, Peter, and Amelie, are still “finding our feet”, but nonetheless “settling well”, thanks to “the warmth, the welcome, and the hospitality” here which “has been phenomenal”.

“I’ve got to get to grips with St Nicholas’ and the parish here, and the hospitals, and the chaplaincy in the university,” she says. “I’m open to all opportunities and invitations, so we’ll see where that takes us, but always with God at our centre, and in St Nicholas’ there is such a fantastic team here working so hard to keep this church open, to keep the work done. There is an amazing team here that is allowing me to be the priest. I would endeavour that we be the church we’ve always been, and please God, in time, something more.”