INSPIRED BY interviews with current and former soldiers from the Irish Defence Forces, the British army, and survivors of the Bosnian war, Soldier Still, the critically acclaimed new production by Junk Ensemble, is coming to Galway next week.

A beautiful and haunting tale of trauma, it explores the after effect of war, the retirement of a soldier and the indelible traces left behind. A combination of dance, theatre, and gorgeous design performed by four exceptional dancers and former Irish Army captain, Dr Tom Clonan, the production is a poetic and human perspective of the impact of violence. Blending movement, text, music, real stories and real people, Soldier Still explores the vulnerability, the viciousness and the trauma of violence.

Ahead of this acclaimed show’s Galway visit, Tom Clonan spoke with me about its content, beginning with how he got involved in the production. “I was an army officer and went to Lebanon in 1995, which was a very violent deployment," he said. "It culminated in a punitive operation by the Israelis which saw several massacres in the Irish area of operations, so myself and other Irish personnel spent weeks taking dead men, women, and children out of buildings destroyed by missile strikes and helicopter gunship attacks. I never really dealt with that experience; I came back home and buried it.

"In 2003, we lost our daughter and when we buried her it was like a lightning rod that connected me back to those experiences in Lebanon, so I had to deal with them. I wrote a book in 2013, Blood, Sweat and Tears, about being an Irish peacekeeper in Lebanon and I found that helped to process the trauma and grief. Then Megan and Jessica Kennedy of Junk Ensemble reached out to me. They had read the book and were interested in an artistic collaboration about how we might explore death and love through movement and dance.”

“When I first met them it was an amazing connection,” Clonan continues. “They are from the US originally but came to live in Ireland when they were 16. Being American they recognised what military service is and what serving your country abroad is all about. Irish people don’t really understand or recognise that but they connected with it straightaway.

"Initially I was just supposed to read a few passages from the book, which would be recorded and played during the show, but we had a couple of workshops with dancers and they liked how I was onstage with them and they roped me into performing, even though I had never been onstage before. We performed it in the Dublin Fringe Festival last year and got great reviews then we brought it to Belfast and it got a great reaction there. The Belfast audience really connected with the themes of violence, trauma, and grief, but also found it uplifting.

'All combat now is about killing civilians; weapons systems are designed to be used among the civilian population. To see all of the technology devised by the most gifted people in society mobilised to kill children and families...'

"The show is very accessible, even if you’re not a dance fan you’ll get it straightaway; my teenage kids went to it and were really surprised by it. It’s dark, arresting, violent, moving but ultimately uplifting. Denis Clohessy has composed an original score for the show, it’s very evocative, it pulls you in. The stage design, the set, the lighting, there are some pyrotechnics. It really sets the scene.”

Clonan shares his insight into the condition of battle trauma which informs Soldier Still; “America’s experience in Vietnam made us aware of post traumatic Stress disorder as a condition though it is now called combat stress reaction, and is recognised by the international medical community and mental health professionals. It’s not a disorder, it is an organic response to that kind of stress and particularly when you witness the killing of children. If you’re involved, as we were, in digging down through twisted metal to pull out dead kids and families it has an impact. 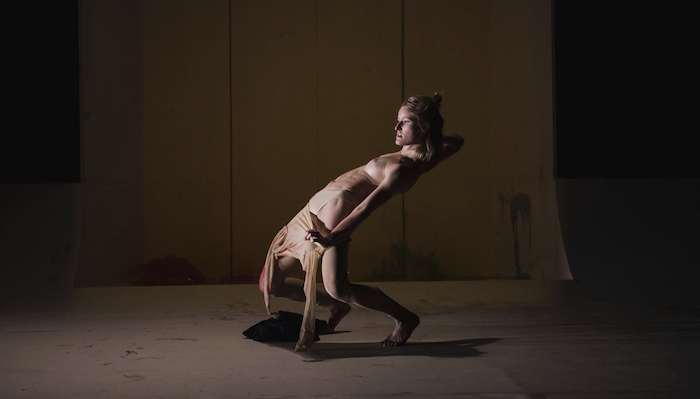 "There is a whole range of symptoms such as being unable to speak about these things or process them, becoming emotionally withdrawn, becoming controlling, angry, indulging in heavy drinking or substance abuse, breakdown of relationships. That happened to a lot of soldiers. The British army, for instance, now recognise that one third of soldiers deployed into a hostile environment will succumb to chronic stress reaction. The condition can be treated readily and people can recover from it but if it is not treated it becomes PTSD. Part of the problem in Ireland is that the public don’t understand what our troops experience overseas, and among the military authorities and Department of Defence there isn’t recognition of the reality of CSR so a lot of our people go on to develop PTSD unnecessarily.”

Addressing these deep personal issues through the art of performance was a transformative experience as Clonan reveals: “Working with Junk Ensemble and exploring those emotions through movement and dance I would describe as not just therapeutic but almost like an exorcism. I found it very beneficial and positive. We’ve had a lot of veterans, particularly in Belfast, of Iraq and Afghanistan and the Troubles who came to see it and were really moved by it. One guy came who was a veteran of the civil war in Lebanon and he told me afterwards he initially found it very hard to sit in the audience, but then he let it take him to that dark space and he found it very therapeutic. All of the combat veterans who’ve seen it get it straight away but it is also a show that has something for everybody. 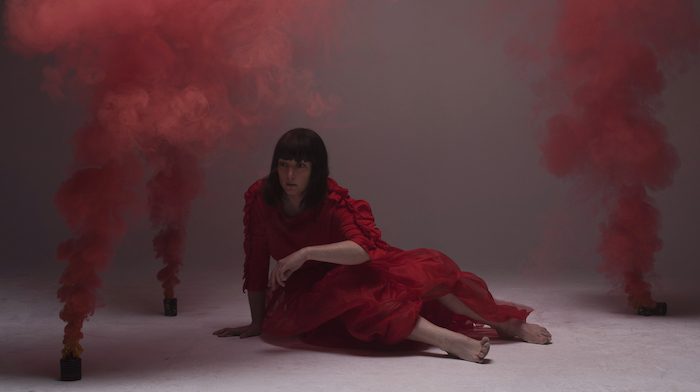 “Before performing this I would never even have attended a dance show so when Megan and Jessica approached me I was thinking, ‘How could this possibly connect with my experience?’” Clonan admits. “It was only when I got involved with it and saw the sequences of movement in the show that I began to get this really strange recognition of what it was all about. The dancers in the show are incredible; the violence, the intimacy, the dramatic dimension to it is very moving. They’ve really nailed it in terms of the emotions that are involved, the trauma, the anarchy of killing civilians.

"All combat now is about killing civilians; weapons systems are designed to be used among the civilian population. That was my epiphany, a boy educated in Ireland by the Christian Brothers goes out to Lebanon and sees man’s absolute brutality to his fellow humans. To see all of the technology devised by the most gifted people in society mobilised to kill children and families; for me that was the end of the world. 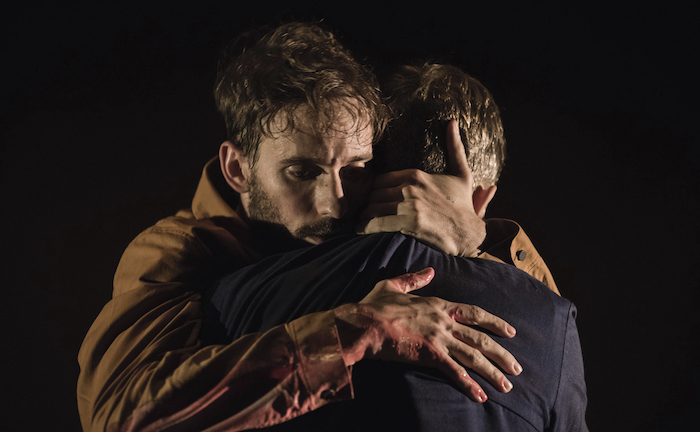 "I went to Lebanon in October 1995, on a dark wintry night in Dublin 200 of us flew out to Beirut and I never came back. The person who came back the following year after the Qana massacre was a completely different person. It’s only through meeting people like Megan and Jessica and being involved in this artistic collaboration that I’ve had a chance to look at myself and see that young man who never came back and to catch glimpses of myself. It’s very well done, there are four dancers – two male and two female - and the way they interact with each other and the relationships they build up covers the violence and mayhem and is very uplifting.”

I ask whether Tom’s army training prepared him for the nerves of going onstage. “I’d rather jump on an armoured personnel carrier and go on patrol any day than go onstage!” he replies with a laugh. “It’s very nerve-wracking but you’re filled with adrenaline. Junk Ensemble is an amazing company and they really helped me and coached me in terms of the dancing.”