"IT'S GREAT to be going to Galway as it's rare that people on that side of the world get to see a world class rugby player up close!" Clearly Ross O'Carroll-Kelly has not been keeping up with Connacht Rugby over the past five years.

Perhaps, when the Rossmeister General brings his new show, Postcards From The Ledge, to the Town Hall Theatre from Monday February 25 to Thursday 28 2019, we should encourage him to stay on a day afterwards and take in a game at the Sportsground.

Postcards From The Ledge, written by Paul Howard, and presented by Landmark Productions, will star Rory Nolan - well known to Galway audiences for his outstanding performances in various Druid productions - as Ross. The show has already played to rave reviews and standing ovations at the Gaiety, and next year is finally going on tour across Ireland due to public demand.

The year is 2029 and Ireland is in the midst of an economic boom. Ross O’Carroll-Kelly is about to turn 50 – and life could not be better for him. His wife, Sorcha, is the Taoiseach. His triplet boys are the backbone of the Castlerock College Junior Cup team. And he still does fine with the ladies. As the managing director of Hook, Lyon and Sinker estate agents, he spends most of the day with his feet up. 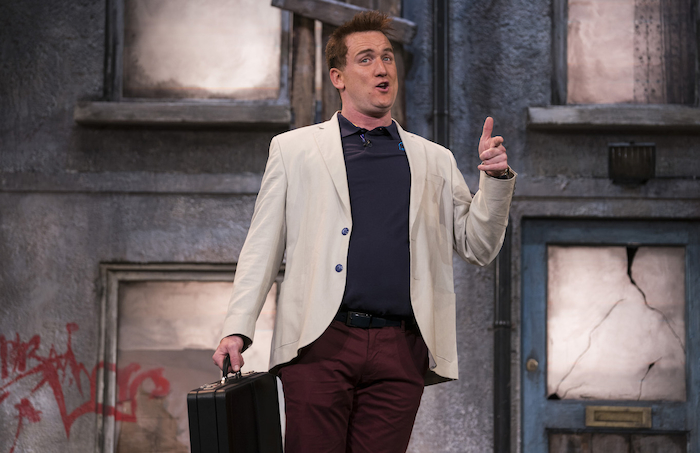 However, when a client rings and asks someone to put a valuation on 22 Glenageary Glen, a semi-detached house in Sallynoggin, Ross decides to do the job himself. The reason? The address is his childhood home. As he stands in the doorway of the run-down, council-built house, old memories are stirred up, and Ross remembers good times and bad, leading him to ask, 'Can you put a price on a house and its treasure of memories?'