The word “energy” peppers Noeline Kavanagh’s conversation as she talks about her time with Macnas and looks forward to this weekend’s Halloween parade, Out Of The Wild Sky. Kavanagh herself is a human dynamo; though sitting at her office desk she is still a constant whirr of motioning arms, expressive gestures, and infectious enthusiasm.

She tells me how her passion for the arts began. “I grew up in Renmore and my parents were great at getting us out of the house to see work,” Noeline relates. “One of my biggest early influences was the Galway Arts Festival and seeing companies like Els Comediants. I remember the electricity and energy of that performance, its unpredictability and chaos and magic. It poured rain that night and getting back into the car with Mam and Dad, drenched, and driving home I said to them ‘I’ve found what I want to do’. I just felt it and it was a real moment. Seven years later I walked down to Fisheries Field and got involved in my first Macnas parade which was Noah’s Ark.”

In her teens Noeline was part of madcap comedy troupe The Flying Pigs, whose shows regularly packed out The King’s Head. “For me, Flying Pigs was a game changer,” she notes. “I was with them during a very formative time in my life, when I was 17/18. You were part of this family and everybody leaned into everybody else. Writing, rehearsing, performing, earning a few bob and being part of an ensemble was amazing. Flying Pigs introduced me to ensemble playing and what it is like to create things together as a team and that stuck with me artistically. Wherever I have moved I’ve looked for those tribes rather than creating solo work.”

Another key part of Noeline’s artistic development was her time with iconic companies Theatre de Soleil and Welfare State. “I was lucky and got an internship with Ariane Mnouchkine’s Theatre de Soleil,” she relates. “What I learned from that internship was that there was a real devotion and passion for the work and that it could happen collectively. Ariane was the director but she gave people the empowerment to be creative. She was amazing; you wanted to go out to battle for her.

"From there I went to Welfare State who I worked with for six years. It was the first company in Europe to bring that processional energy and inventiveness, with a socio-political element, outdoors. They created these really large pageants, using puppetry and pyro, and criss-crossed the country in caravans creating shows in public landscapes. They also went to Japan and learned there about lanterns which they then became famous for.”

'I would love to do a Macnas event outside for all four seasons and I’m moving toward it, I just need more time'

Noeline had already directed a Macnas parade, 1998’s Carnival of Fools, before joining Theatre de Soleil, but in 2008 she returned to the company as artistic director. At the time Macnas was in something of a slump, as she admits in describing how she set about restoring its mojo.

“It needed some resuscitation," says. "It was about engaging the artists in the company and getting them to use their imaginations again. I also felt there was a dance that needed to happen again between Macnas and the audience, to re-introduce that passion and purpose and scale. So the first parade I directed, in 2009, I didn’t tell the audience the route; my idea was ‘You’ve got to go find them instead of standing around looking at your watch’. That generatedconversation - and some annoyance - but it also said to the company and to the audience ‘Let’s re-engage with each other’. 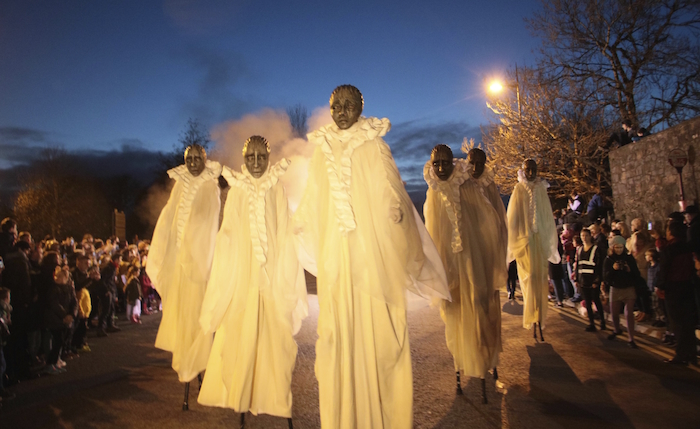 "I wanted to highlight the difference between a Paddy’s Day parade and a Macnas parade so that people see the Macnas parade as something that happens in a world that you get enveloped in, that actively engages you and pulls you in and spins you around. I also wanted to get the next generation of young people in because you need life, you need to be challenged, you need to be kicked up the arse and have somebody coming in with better ideas than you. In addition to that it was about creating an ensemble so that you could have a collective of creatives challenging each other and developing work.

“The other thing I felt was important was to start performing internationally again. That said to our artists ‘you matter and the world wants to see your work that has been made here in the west of Ireland’. In the last 10 years we’ve been to Australia, Russia, the USA, led festivals in the UK, done European City of Culture closing ceremonies, and toured across the country here. The parade is now a tourable option so as soon as Galway happens we load everything up and bring it to Dublin and all that keeps everyone engaged and involved.” 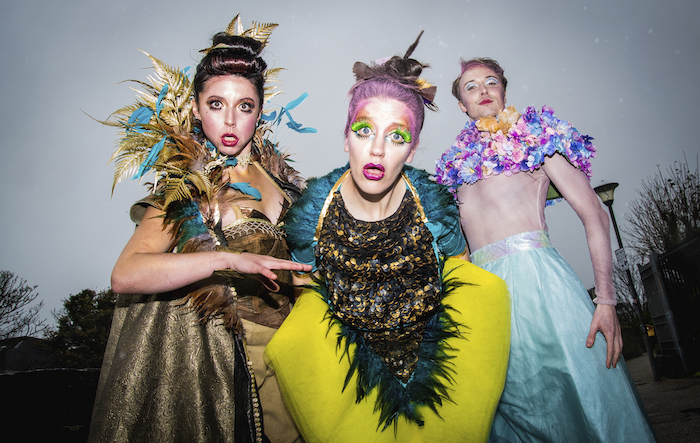 For the past five years the Macnas parade has been a Halloween event and Noeline outlines how that shapes its approach. “What it’s enabled us to do is to play with lighting design, sound design, the giants, the performance energy at night," she says. "There are different synergies you can create with that. Halloween is a real synergy, it’s where the two worlds meet, there is a transcendental shift and it is a special time of year. Samhain and Macnas suit each other. I would love to do a Macnas event outside for all four seasons and I’m moving toward it, I just need more time. Can you imagine a manifestation of Macnas magic across the city marking spring, summer, autumn and winter? I love the Halloween parade and that sense that just before we all hibernate through the west of Ireland winter we all come out in the darkness and party.” 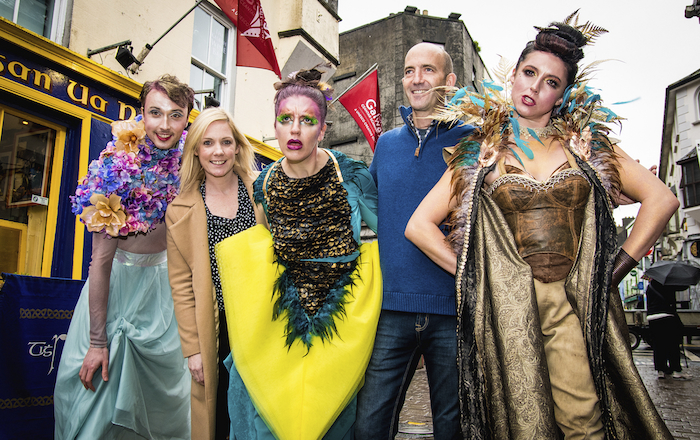 And what Macnas magic will be coming Out Of The Wild Sky? “Firstly, we’d love everybody to dress up – it would be great to have the audience in costume,” Noeline declares. “There is an extended route this year because so many people want to see the parade. We start from the Aula Maxima in NUIG then go by the cathedral, over the Salmon Weir bridge, up Eglinton Street, down Shop Street, over O’Brien’s Bridge down Dominick Street, past Raven’s Terrace to finish at the Claddagh.

"We may also do a pre-performance routine in the Latin Quarter to gather people out of the pubs and restaurants. We’re working on different lighting sensibilities with Jim Faulkner and Aedin Cosgrove. We’re also working with a sound designer for the first time, a wonderful young woman called Alma Kelliher who’s creating a compositional world. Then we are working with a special effects artist, Richard Babington, who does effects on Doctor Who." 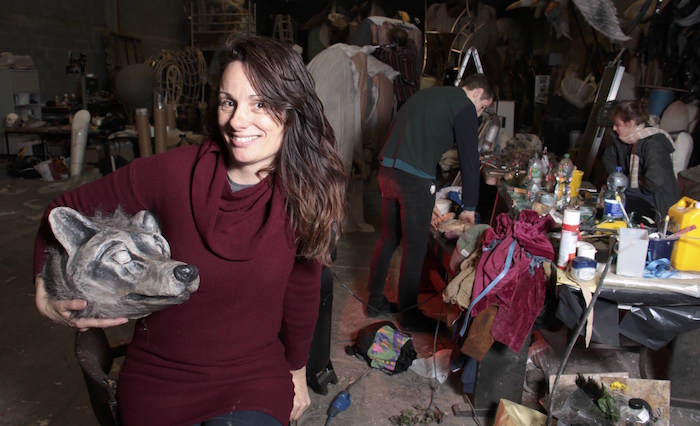 "We have a 17-strong young drumming troupe drawn from Galway city and county, we have puppeteer Dan Colley, we have our ensemble of 25 young performers, we have Miquel Barcelo working with several performance groups in specific ways that are about developing movements on the street and how to engage with the audience, and there are new giants. We have a great new costume designer Saileóg O’Halloran and make-up by Michelle Ruane and you can’t but notice the amazing of attention to detail goes into the make-up. We are also collaborating with Galway Community Circus this year so expect flight!”

As we wrap up our chat, Noeline makes a final point of crediting the sponsors who make the parade possible, namely the Arts Council, Galway City Council, and business patrons such as Acorn Insurance, Galway Clinic, O’Connell’s Bar in Eyre Square, the Latin Quarter, and the Connacht Hospitality Group. Out Of The Wild Sky begins at NUI Galway at 5.30pm this Sunday.