IN RECENT years South Africa has provided GIAF with some of its most memorable shows, such as Yaël Farber’s Molora and Mies Julie, to Brett Bailey’s Exhibit B. The Fall, from Baxter Theatre Centre and University of Capetown, is set to continue that trend in this year’s festival.

Emerging from an impassioned student protest movement against colonial statues, gender discrimination, and class inequity, The Fall is an exhilarating, theatrically dynamic, call for social justice which speaks powerfully to issues at the forefront of today’s world. It was written and devised by its cast of seven and premiered to huge acclaim in Capetown in 2016.

The Fall went on to electrify critics and audiences in London, Edinburgh, and New York, proving its message has universal relevance in our troubled times. Ahead of its Galway run, actor Cleo Raatus spoke with me from Capetown about its themes and its journey over the past two years.

Reviews have noted that The Fall draws on the actors’ personal stories but Raatus clarifies this. “When reviewers read that the play is based on our experiences they take it to mean that it is the whole experience but it is probably about 50 per cent our own story and the rest is drawn from our research,” he tells me. “In my case my character is based on someone called Nigel Patel who was a leading campus activist for LGBT rights and is also non-binary. In South Africa we are considered to have one of the most forward thinking governments when it comes to LGBT rights, however they are not necessarily implemented socially. Non-binary and trans people have it worst because they are so under-represented.

"In the student movement I only went to a couple of meetings and one of the marches, but Nigel led meetings and was part of a trans collective that influenced a lot of conversations and informed people on gender issues. Over the course of the year there were about 1,000 pictures taken of the protests yet only one featured any queer bodies and that really upset the trans collective and sparked a major conversation about how accurately represented they were within the movement. 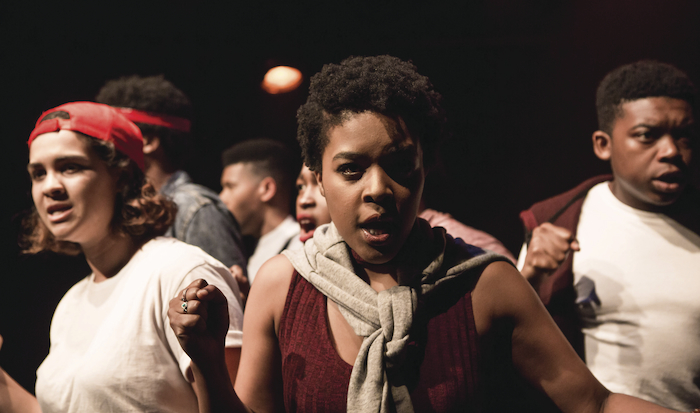 "In the play we decided to include that narrative so it is part of my character’s story. Every single character you’ll see on stage forms an archetype, so as well as two gay characters, there is a hyper-masculine man, a radical black feminist, a young black woman who is not sure where she fits on the political spectrum. We represent all those people so everyone can see a part of themselves in The Fall and say ‘That’s me’.”

Raatus reflects on the show’s journey to date. “We opened The Fall at the height of the student protests in 2016 but because we had already graduated we weren’t allowed to take part in these protests - audiences sometimes assume we are still students fighting this battle back home which is not the case. In Capetown, it drew a very large audience and as performers we didn’t know if it was good, if it was too political, or if people from the movement would be disappointed we had created product out of a turbulent period in all our lives. 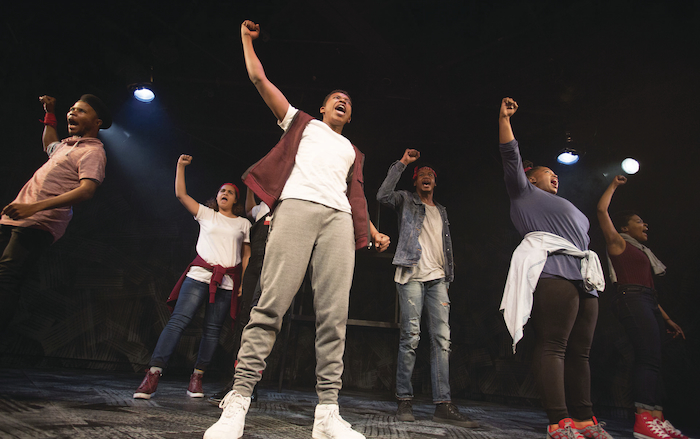 "We were scared but it was very well received. People say it has let them see the student movement differently because The Fall humanises people within the movement. At the time we first did it protesters were burning buses and vandalising buildings and no-one could understand that but 90 per cent of the media’s narrative focused on the violence rather than why it was happening, whereas the play explained that and enabled audiences to understand. The most unexpected people loved our show and that really validated why we did it because we weren’t simply preaching to the choir, we were preaching to those who aren’t converted yet and were keen to understand."

The Fall also features rousing protest songs as part of its stirring ensemble dynamic, while its international travels have shown it can connect powerfully with audiences far from its home city. “When we went to London and New York I worried people weren’t going to get it because it was written about a South African struggle, but people there saw parallels between the two worlds, because it talks about things like xenophobia which is a big thing in the US and Europe now, but has also long been a big thing in South Africa – there we call it Afrophobia because it is violence against black African nationals.

"There are a lot of issues in The Fall that make it a universal story, like not being able to afford a third level education, not having an education that represents you, or a society that represents you or being a woman in a room where you are not being heard because men dominate the conversation. People really connect with its universality.”

The Fall runs at the Black Box from July 16 to 21 at 7pm, with 2pm matinees on July 19 and 21. There will be a post-show talk moderated by NUIG’s Charlotte Ivors after the July 17 show. See www.giaf.ie