THE LIVES of Irish emigrants to Britain in the 1950s and 1960s will be explored in the new exhibition by Bernard Canavan, which opens tomorrow in the Kenny Gallery in the Liosbán Industrial Estate.

Dispossessed: Images of the Forgotten Irish will be launched at 6pm at Kenny’s by the writer, performer, and Aosdána member Little John Nee. It continues daily, Mondays to Saturdays through the month of June. Admission is free.

Bernard Canavan grew up in County Longford in the 1950s, and during childhood developed a love of drawing. He emigrated to England with his father at 16, doing unskilled labour, before he began to draw for many of the radical London Underground publications of the 1960s. He has since become an artist of note, with regular exhibitions in Britain and Ireland. His describes himself as a figurative expressionist in the tradition of Max Beckmann, Francis Bacon, Paulo Rego. His work centres on the theme of ‘the forgotten Irish in Britain’. He received a presidential award from Uachtarán na hÉireann Michael D Higgins for drawing attention to their experiences. 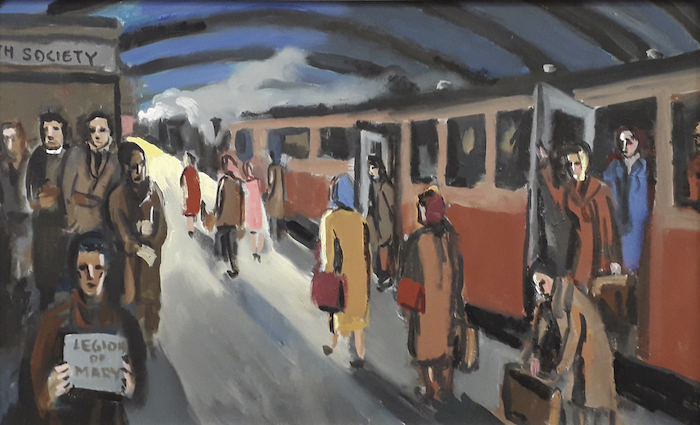