GALWAY GAA footballers have won the All-Ireland nine times, but surely its greatest achievement to date has been the magnificent three in a row All-Ireland victories in 1964 and 1965, against Kerry, and in 1966 against Meath.

The Galway City Museum has recently acquired, into its permanent collection, GAA memorabilia, which has been donated by the Donnellan family, and which now forms a major part of the Galway GAA: The Three-in-a-Row, 1964-66 exhibition. The collection, includes team member Pat Donnellan’s medals from 1964-66; the football used in the 1966 final and signed by the team members; and Pat’s jersey from the 1966 game. The exhibition is on display on the first floor of the museum and is now in its final year, and visitors who have not already seen it are advised to visit soon. 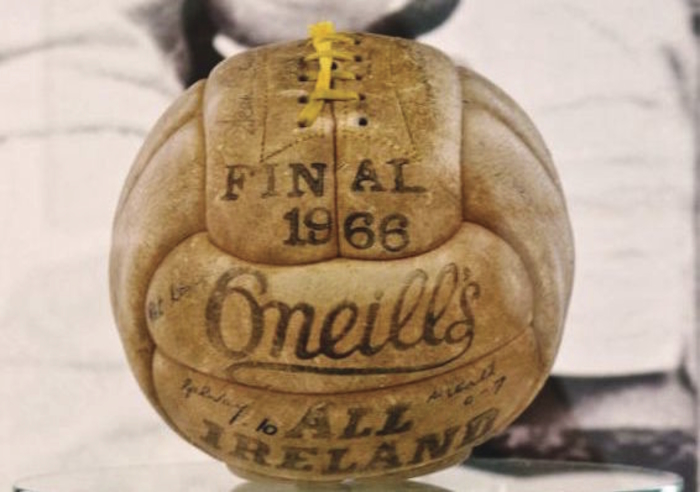 The museum is currently developing of a new exhibition on Gaelic Ireland, which is to replace the GAA exhibition in 2019. The museum is open Tuesdays to Saturdays, 10am to 5pm, and Sundays, 12 noon to 5pm. Admission is free. See www.galwaycitymuseum.ie