HE WAS Ireland’s first literary celebrity; he moved in exciting political and artistic circles; he was a best selling writer; a political satirist; a biographer, and above all a celebrated lyricist, admired by Hector Berlioz.

He was Thomas Moore (1779 - 1852 ), the foremost Irish poet writing in the English language before WB Yeats. Yet today, apart from a handful of song from his celebrated Irish Melodies - ‘The Last Rose of Summer’, ‘The Minstrel Boy’, ‘Oft in the Stilly Night’, and ‘Believe Me If All Those Endearing Young Charms’ (the melody of which found its way into Dexy’s Midnight Runners’ ‘Come On Eileen’ ), he is an overlooked, often ignored figure in Irish literature.

However, Dr Justin Tonra, a lecturer in the School of English and Creative Arts at NUI Galway, who has written a new book about Moore, believes it is time for the writer’s work to be re-appraised, and for its value to be appreciated once more. 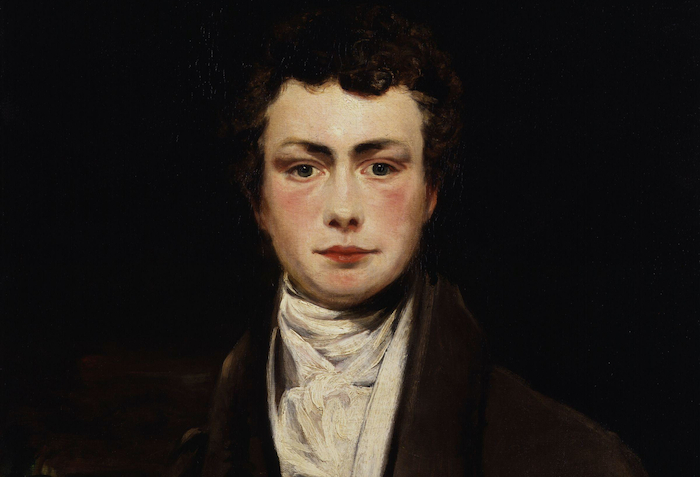 “Moore is the major Irish poet writing in English before Yeats - and is widely regarded as Ireland’s national poet in the 19th century,” Dr Tonra tells me. “His best works stand the test of time and can be read with enjoyment in any setting. Many of his lesser works are equally worthy of attention: for their historical significance or to understand their immense popularity.”

Dr Tonra's new study of Moore, Write My Name - Authorship in the Poetry of Thomas Moore, recently published by Routledge, has been highly acclaimed. Margaret Kelleher, Chair of Anglo-Irish Literature and Drama, at UCD called it “a groundbreaking contribution to literary studies”, while Claire Connolly, Professor of Modern English at UCC praised it as “a dazzling study of the work of Thomas Moore...raising new questions for the field at large".

'Yeats despised Moore’s work, but Seamus Heaney and Paul Muldoon have given a more measured and sympathetic appraisal of his importance'

The genesis for the work, and of Dr Tonra’s interest in Moore, was Moore’s 1817 book-length poetic work, Lalla Rookh. “It’s little-known today but was a huge popular phenomenon throughout the 19th century,” he says. “It’s a strange anomaly in Irish literature of that period: a lavish poetic epic set in western and central Asia, though it does draw some analogies to Irish issues with depictions of religious persecution and colonial violence.

“It attracted my interest precisely because it was neglected for so long. I wanted to figure out why such a popular and fashionable work suffered such a decline and why it might still be of relevance today. Over time, I’ve become convinced there are fresh ways of looking at his writing. I don’t claim any great novelty for that motivation - other scholars have been writing new work about Moore in recent years. However, none has examined Moore through the perspective of authorship I adopt in my book.” 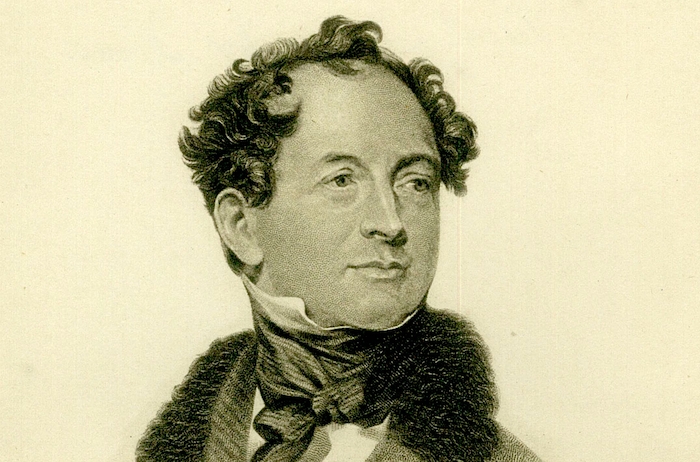 Dr Tonra explains the concept of ‘authorship’ and how that approach informs Write My Name. “Studies of authorship can be about the profession of writing, the identity of a writer, or the conditions and processes of writing. I touch on each of those, but I understand authorship in a particular sense: how did Moore establish an identity for himself as an author through his poetry, and how did publishers, critics, and legal forces influence that persona?

“I follow the logic that authors are made, not born, and that authorship is determined by a range of forces that include the author’s self-fashioning. When you take this approach to reading Moore’s poetry it begins to look different and to yield new meanings.” 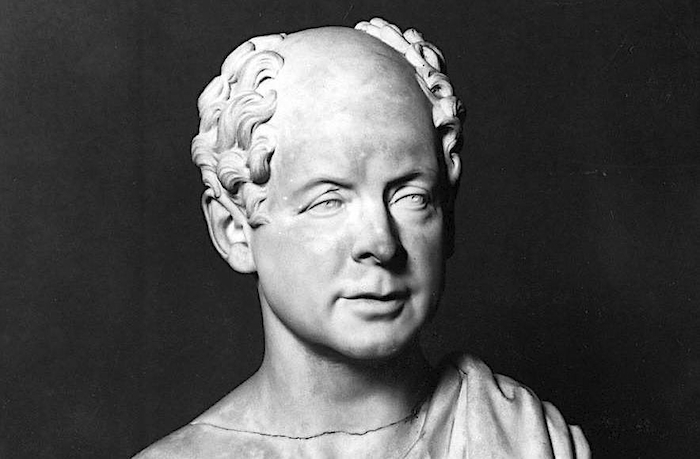 Born into a Roman Catholic family in Dublin, his father a grocer, stardom and success was not on cards for Thomas Moore, this being the era before Catholic Emancipation. Yet Moore would become one of the first Catholic’s to attend Trinity College Dublin. By 1799 Moore was in London and would later be introduced to the Prince of Wales, the future King George IV.

“Like so many Irish authors, he achieved his renown only after leaving Ireland,” says Dr Tonra. “He lived in England for the majority of his life. There, he had access to the cultural and social connections that enabled him to forge his identity as an author and to achieve popular and commercial success. It’s unlikely the Catholic grocer’s son would have attained the same levels of success had he remained in Dublin.”

'He was relentlessly productive and spread himself a little thin, but that was the reality of the professional author in the 19th century'

Then, between 1808 and 1834 came his masterpiece - the 10 volume Irish Melodies, where he composed new lyrics for pieces of Irish music. “His greatest work,” declares Dr Tonra, “it shows the confidence and command of style of a writer at the height of his powers.” 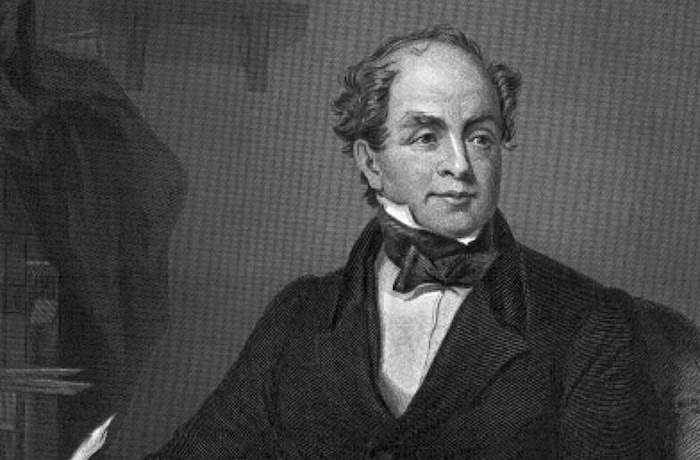 Moore also wrote on politics, displaying “his unwavering support for Catholic Emancipation”; and penned satires against Lord Castlereagh, for Castlereagh’s suppression of the United Irishmen and support for the Act of Union. He would also befriend people like Lord Byron. However, Moore’s prolific nature was, Dr Tonra believes, harmful to his long-term reputation.

“The ability to write well in different styles and genres is in some respects his downfall,” he says. “He was relentlessly productive and spread himself a little thin, but that was the reality of the professional author in the 19th century, even one as successful as Moore: he needed to keep writing to earn a living.

“Another reality is the uneven quality of his work: his greatest works are those which have survived longest, like the Irish Melodies. Part of my objective in the book is to expose the interest and value in some of the more neglected corners of his oeuvre.” 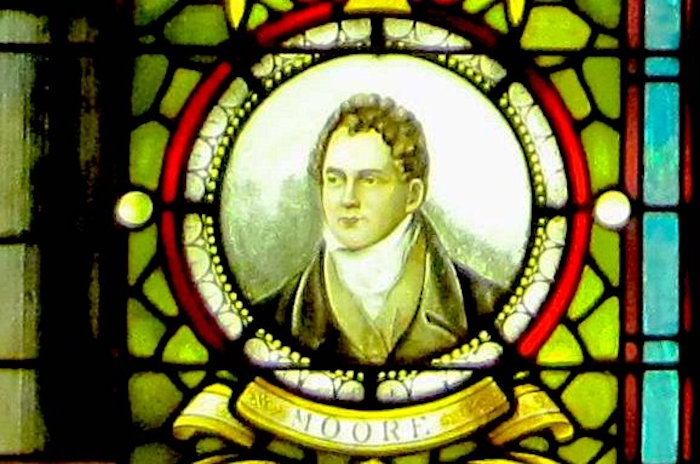 Perhaps Moore has been out in the cold long enough. Dr Tonra’s Wrtite My Name is certainly a welcome encouragement to re-explore this writer's work again.

“It’s difficult to comprehend the breadth of his celebrity across the world in that period,” says Dr Tonra, “but even a cursory glance at his career gives us some sense of his stardom. His popularity was ended by the Irish Literary Revival. Yeats despised Moore’s work, so he fell out of the reckoning for a long time, but recent and contemporary poets like Seamus Heaney and Paul Muldoon have given a more measured and sympathetic appraisal of his importance.”